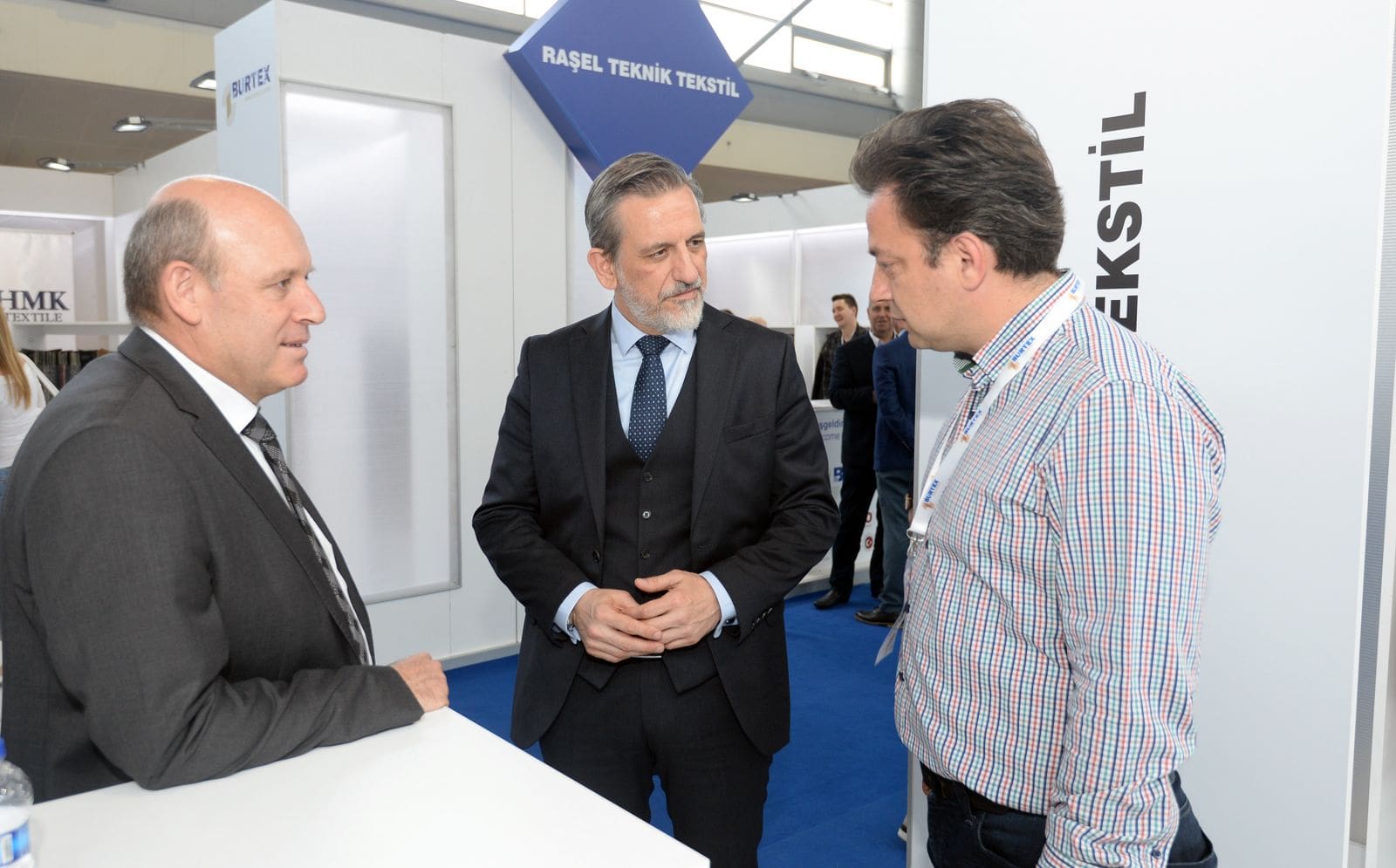 226 foreign buyers from 20 countries, organized by Bursa Chamber of Commerce and Industry (BTSO), have established important business connections with companies operating in garment fabrics sector
Organized by the Bursa Chamber of Commerce and Industry (BTSO), 226 foreign buyers from 20 countries established important business contacts with companies operating in the garment fabrics sector. BTSO Chairman İbrahim Burkay, who visited the Bursa company which is close to 50 exhibiting its products with stand, stated that they will continue to organize international organizations that will increase the exports of companies in sectors where Bursa is strong.

Within the scope of the International Competitiveness Improvement (Ur-Ge) project carried out by BTSO in the textile sector, 235 professional buyers from different countries, mainly Russia, Morocco, Iran and Belarus, established important business contacts with Bursa companies. The foreign buyers who were impressed with the products exhibited by the 48 companies that came together under the name of BURTEX corporate brand gave their orders after the interviews they had made.

"RECEIVED OUR FIRST ORDERS"
Rıdvan İmamoğlu, owner of Özimamoğlu Textile Company from BURTEX member companies, especially welcomes their guests from North African countries and Saudi Arabia, said, "We have received our orders on the first day of the reception delegation organization. We thank Odamız for providing this opportunity to us and our Ministry of Economy for his support. "
Mustafa Dagli, the company's executive officer of Adak Tekstil stated that the organization is very successful and said, "The main objective is to introduce the direct buyers of the buyers who are not the target, and to introduce them to our companies. We, as a company, have also carried out important business negotiations. "

VISIT TO THE PRESIDENT BURKAY
BTSO Chairman Ibrahim Burkay visited the companies that opened the stand in the event. President Ibrahim Burkay, who has been assessed after his visit, said, "As BTSO, we have organized 7th in Ur-Ge projects and 3rd in the textile sector. We have brought 235 foreign buyers from different countries in the program that our companies with production and export potential in the garment industry have participated in. Apart from the delegation that we brought, many foreign buyers who came to hear this event were included in the program. "

SECTORS EXPECTING SUCCESS EXPORT
Bursa's textile industry both in Turkey saying that a President of the forces shaping the city came to the forefront in the world of fashion and trend Burkay, he said that exports also reflected in the city's success. Exports in the first four months of 2017 of Bursa voicing show solid growth performance in two of Turkey's exports Ibrahim Burkay, continued his speech as follows: "1.5 percent share of world trade has a target of getting our country. Currently, the share of world trade is less than 1 percent. Textile sector 15 percent of the world textile foreign trade this share of 1 percent today, this percentage was removed by 3 percent. This shows that both the sector in Bursa and how strong in Turkey. "